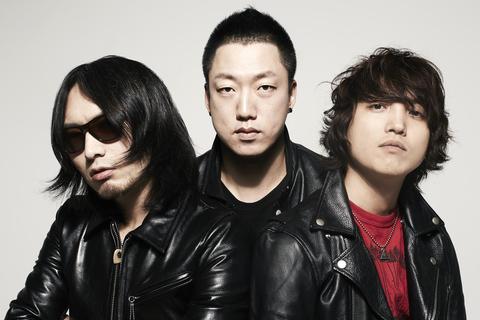 Listen to You & I

The band released their “Noise on Fire” full-length debut in 2008. The scorching double album was honored as “Best Rock Album” at the 2009 Korean Music Awards and earned the band invites to Taiwan’s Rock in Taichung fest and France’s Le Fete de la Musique.

While debuting with a double album is an ambitious move, it was nothing compared to what Galaxy Express had planned for their sophomore offering. The group announced on April 1, 2010 that they planned to write, record, and release their next album in just 30 days. As promised, the end result surfaced on May 1 and was fittingly titled “Wild Days.” Galaxy Express celebrated its release by performing in Hong Kong at the Music Matters festival, and at large-scale Korean summer outings the Incheon Pentaport Rock Festival and the Jisan Valley Rock Festival.

Galaxy Express began 2011 by winning “Musician of the Year” at the 2011 Korean Music Awards and having “Noise of Fire” ranked #22 on 100Beat.com's 100 best Korean CDs of the 2000s. The act embarked on their first North American tour and performed at Canadian Music Week (CMW) and South by Southwest (SXSW). Later that year, they appeared at Japan’s famed Summer Sonic festival and opened for Linkin Park in Seoul.

In March 2012, Galaxy Express embarked on their second American tour. Performing 17 shows in as many days, the act made stops at SXSW and Arkansas’ Valley of the Vapors Independent Music Festival. On November 26, Galaxy Express released their eponymous third long player. Written right after the band’s American dates, the 10-song, self-produced effort was recorded between August and late October. Like “Noise on Fire” and “Wild Days” before it, “Galaxy Express” is brimming with more of the raw and raucous rock ‘n’ roll that has helped push Galaxy Express to the top of South Korea’s music ranks.

Press Quotes:
"With their amped energy and stage exhibitionism, they’re the best live act to come out of Korea since…well, maybe ever." – MTV Iggy

" ... leather jackets and Misfits t-shirts - they rocked so hard the power literally went out (I saw the sound guy flip the breaker back!)" – Sophia's Rock Beat

“The kings of Korean indie.” – hellokpop