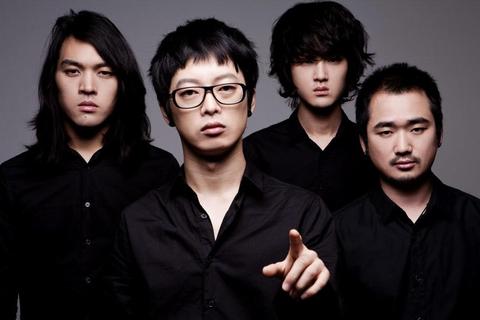 Biography
Indie rock band Guckkasten has been lauded as one of the most innovative bands in Korea due to their amazing array of sounds: rock with a touch of heavy metal, opera, synth and explosive vocals. What’s interesting to note about this band is that they had to record their first album, “Guckkasten,” twice after their initial work was wiped from a hard drive. That’s pure dedication to their craft right there.

Straight from the heart of Hongdae- one of Seoul’s hippest hubs- the band formed in 2003 under the name The C.O.M., but due to South Korea’s mandatory conscription, The C.O.M. disbanded. In 2007 they regrouped with a new bassist under the name Guckkasten. Guckkasten stands for ‘zograscope’ (peep show in other translations), a device used to enhance the depth of the objects we perceive. By hinting at playing with light and perception, the band reminds its fans their lyrics are introspective while joggling with different images in a dream-like hyper-reality. Absorbed with the potent human mind and its rich imagery, both the music and message seem to put pieces of dreams and nightmares together with unexplained feelings and experiences. With such a unique name it is fitting that Guckkasten’s rock music is of the psychedelic variety and they chose the name to "show off a never-ending, fire-work like image of the passion of the young and the mirage of life."

In 2008, the band certainly lit off some fireworks of their own earning the Hello Rookie of June award by the Educational Broadcasting System (EBS) Space Sympathy. Guckkasten released their self-titled debut studio album in February 2009 and rocked out at their first solo concert in the same month, in Seoul, South Korea, at Hongik University’s V-Hall. Throughout that year, the band performed their pulsing pieces at several music festivals, including the Summer Rock Festival in Shanghai, China, the Pentaport Rock Festival, and Jisan Valley Rock Festival both in South Korea in July.

The band was selected by the Korea Creative Content Agency (KCCA) to usher in Korean culture into Japan. Guckkasten won Rookie of the Year and Best Rock Song for "Mirror" at the seventh annual Korean Music Awards in 2010. Their self-titled album received critical acclaim as well as immensely impacting the rapid development and growth of Korean indie music.

In 2011, Guckkasten performed at their first major music hall concert. The event, which seats 2,000 people, sold out tickets in ten days. They were also a feature on hip hop duo's Leessang’s album Asura Balbalta.

Following their success on hit show I Am a Singer 2, Guckkasten burst back to the K-rock arena in the summer of 2012 with their newest single “Montage,” which flaunts the grungy fierceness with which Guckkasten spells their identity. Guckkasten is sure to pump the adrenaline of its audiences and boldly shine a light on another side of the overtly pop-centralized Korean music scene.