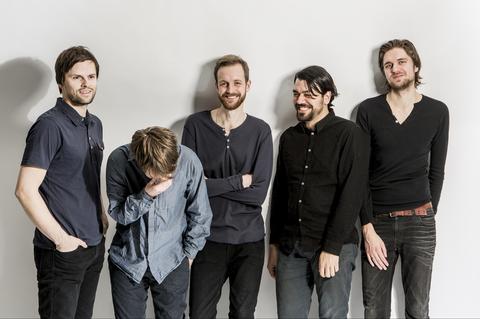 Heyerdahl just did their first gig EVER at this years Øyafestival in Oslo and was
met with amazing reviews “Stunning! – P3.no” Their debut single follows by a
European tour visiting Berlin, London and Barcelona.
Heyerdahl is Kenneth Ishak, Mattis With, Tore Løchstøer Hauge and Magne
Mostue from Oslo, Norway.
Tired of Oslo, Heyerdahl rented a lighthouse at Stadt on the west coast of
Norway and built a temporary studio overlooking the vast ocean. Accustomed to
the city, the winter storm of 2011 hit with winds reaching hurricane status and the
waves striking against the windows of the lighthouse. Isolated in unfamiliar
surroundings and put under intense weather conditions. Heyerdahl began to
reminiscence the country before its sudden rise to wealth. Local stories on the
ocean, storms, widows, ghosts, shipwrecks, deprivation, love, companionship
seeped into the lyrics and sounds. The storm itself through microphones all over
the lighthouse. The band took their name after the great Norwegian explorer
Thor Heyerdahl.