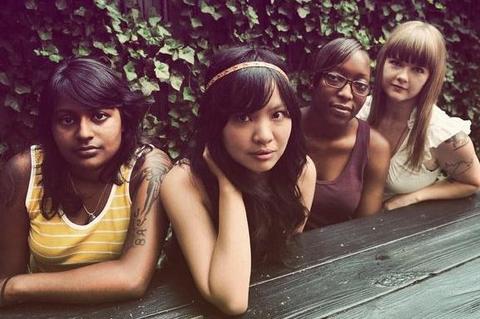 Listen to The Dove

Heliotropes recently bashed everyone’s brains in at this year’s CMJ where they were listed as a top band to see via Pitchfork, Village Voice, Paper Magazine, and Brooklyn Vegan. Hailing from Brooklyn, NY, the band wields a high-intensity live show that both bludgeons and soothes -- and songs that recall the phased-out, distorted intensity of the early nineties – and invoke the lush dreamworld of Twin Peaks.” The band’s debut LP is being released on Los Angeles's Manimal Vinyl (Warpaint, Bat for Lashes) in spring 2013.