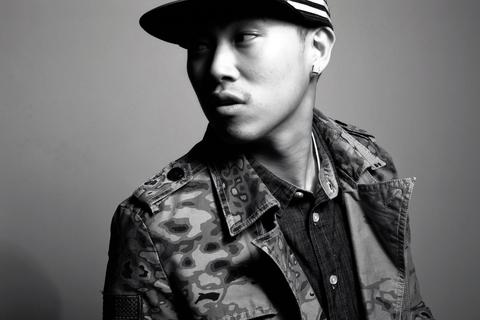 Listen to Number One

Jin Au-Yeung, also known as MC Jin, is a hip hop artist, songwriter and actor. Growing up in Miami, Jin moved to New York City to pursue a rap career, garnering national attention when he stunned audiences on BET's 106 and Park Freestyle Fridays in 2002. His performance also earned him a contract with Ruff Ryderz (Virgin/EMI) the following year, making him the first Asian MC to sign to a major record label.

His 2004 debut album, “The Rest is History,” broke into the Billboard 200, charting at #54, and launched MC Jin on his first Asia tour. The accompanying film, “No Sleep ‘til Shanghai,” documented the frenzy surrounding Jin’s pioneering status as the first high profile Asian American artist to perform in Asia.

In 2007, Jin parted ways with Ruff Ryderz and launched his own independent music career. Jin signed with Catch Music Group in 2008 and relocated to Hong Kong to start Catch Adventures Asia. He also released “ABC,” his Chinese language album, which debuted at #1 and quickly achieved gold
status.

Jin’s musical success earned him endorsements with major brands such as VitaSoy, Samsung and Yoshinoya, as well as opportunities to host several
shows on channel TVB and to play roles in Hong Kong blockbusters “Gallants” and “Split Second Murders.” He punctuated the successful
release of his 2011 follow-up Chinese album, “Homecoming,” with a sold-out concert.

In 2012, MC Jin returned to the U.S. with a new English language album and a role alongside Russell Crowe and Lucy Liu in the Quentin Tarantino produced
film “Man with the Iron Fists” directed by RZA. MC Jin is currently recording his next album titled "Hypocrite" set for release Summer of 2013.