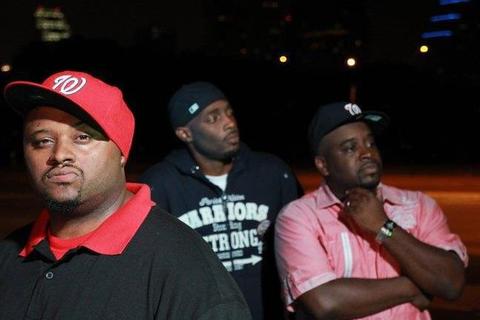 The W.A.R.R.I.O.R.S. ATX Austin, Texas. Home of the University of Texas Longhorns, 6th Street, and the annual SXSW (South by Southwest) music festival. It’s also been dubbed “The Live Music Capital of the World.” And as part of the Bible Belt, one would think that a quality Christian rap collective like The W.A.R.R.I.O.R.S. ATX would find an easy path to both exposure and acceptance. “On the contrary, it’s been an uphill grind,” group member Ahmad “Victorious” Bell said. “Just because there are venues all across town that offer live music every night of the week doesn’t mean that they want to hear what we’re pushing.” “Believe me, the Gospel of Jesus Christ is still a touchy and often unpopular subject in this very liberal town. Shoot, this is the place where the modern atheistic movement was born!” Still, the The W.A.R.R.I.O.R.S ATX press on. The group (whose name stands for We Are Righteous Redeemed Invaders Of Reality) has been together for about six years and comprised of Bell, Ervin Jackson (Swerv), and Corey Anderson (Proof). In 2004, The W.A.R.R.I.O.R.S. ATX became the first Christian rap group in the central Texas area to have their music played on a secular top 40 station. They followed that up with a ministry performance at ME TV (a regional television network) that was in regular rotation. They’ve also repeatedly performed at SXSW (South by Southwest) and seen their “Warriors Anthem” video receive airplay on both BET and The Gospel Music Channel. God has entrusted them to minister alongside a virtual “Who’s Who” of Christian hip hop including: Lecrae, FLAME, Tedashii, The Cross Movement, Braille, Da’ T.R.U.T.H., Tre 9, Corey Red, and Precise. They have also been honored by their peers with a Texas Holy Hip Hop Achievement Award and Perseverance Award from The Texas Gospel Announcers Guild. Ministry first music second!