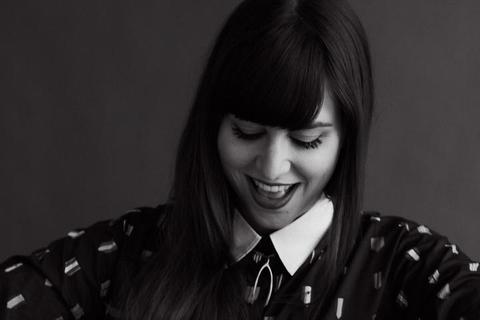 Listen to Out Of It

Danish singer/songwriter and producer Fallulah released her debut album ”The Black Cat Neighborhood” in 2010 and instantly rocketed into stardom in her native country of Denmark with her original and ground-breaking indie pop. Not being hold back by formal training or musical boundaries, the self-taught Fallulah mixes genres to her liking, whilst telling touching personal stories. She masters a perfect balance of melancholy and uplifting tunes, that will make you feel equally sad and joyful, while you feet are tapping along to the roaring rhythms.

Fallulah's very first single ’I Lay My Head’ was chosen as "song of the week" on Danish national radio P3 in 2009, followed by second single ’Bridges’ which went on to be the most played track from a Danish artist on P3 in 2010.

The single ’Out of It’ from 2011 was chosen as title track for the Danish hit TV series ’Lykke’ on the Danish national television channel (DR1). ‘Out of It’ ended up being the most played song on all of Danish radio in 2011.
“Out Of It” acheived double-platinum as well.

Fallulah has received several awards to this date. In 2011 she won the very prestigious main prize "The P3 Award" at the televised Radio P3 Guld awards.
Later that year Fallulah was the most nominated artist at The Danish Grammys with 6 whole nominations. She took home 2 danish Grammys "Hit Of The Year" and "Producer Of The Year" for her song "Out Of It". She also won "Hit Of The Year" for the same song at the 2011 Gaffa Awards. (Gaffa is the biggest music magazine in Denmark).

Fallulah has toured massively in her native country in 2010 and 2011 and she has performed at the biggest danish Festivals. Her big headline tour in 2011 was a huge success as all of the venues were sold out. She rounded off her touring activities in regards to “The Black Cat Neighborhood” by playing the main stage at the danish Skanderborg festival 2012 in front of 30.000 enthusiastic people.

The interest in Fallulah has not been limited to Denmark, as Fallulah’s powerful persona and catchy music easily transcends borders, and has been received extremely well by the music media ,tastemakers and fans internationally. To name a few, she has performed at the legendary Isle Of Wight Festival, opened for Ed Sheeran in France, headlined a tour in Germany and performed live at the UK's most popular radio BBC 2 on Dermot O' Leary and Jo Whileys' shows.

Recently, Fallulah had yet another "Song Of The Week" on Radio P3 with the single frontrunner "Superfishyality" from her forthcoming album.

The highly anticipated sophomore album ‘Escapism’ will be released in Scandinavia in the spring of 2013 through Sony Music BMG.
Info on worldwide release will follow soon.