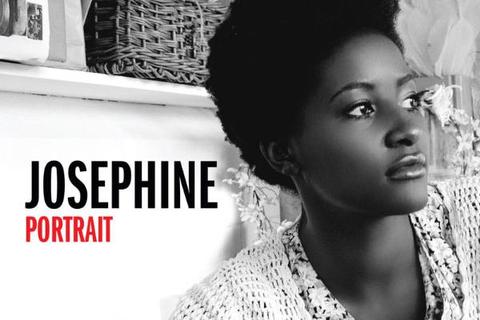 Manchester’s soulful chanteuse, Josephine, has created a self-reflective debut album which illustrates the many different sides of a fascinating character. Vocally, her prowess recalls ‘the Queen of gospel’, Mahalia Jackson’s distinctive contralto, yet behind the powerful delivery is a husky undercurrent making every replaying seem like a personal performance. This compelling delivery commands attention completely, on a record replete with a vibrant array of musical genres.

Such an effervescent record is no surprise given Josephine’s upbringing. Born to a Liberian mother and Jamaican father who came to the UK before her birth, she’s enjoyed the advantages of a colourful West African culture as well as feeling intrinsically British. Born in the Manchester suburb of Hulme before soon moving to nearby Cheetham Hill, she soaked up the musical heritage of the city and that of the household, like a sponge. Her mother proved to be the catalyst for a future career in music, buying the twelve year old Josephine a guitar; the first gig was just three years later upon finishing high-school. During College the precocious performer developed further by avidly listening to Sister Rosetta Tharpe, Bob Dylan, Joni Mitchell, and Bob Marley.

Her tenacity and drive saw things build quickly during the nascent beginning. ”When I was writing some of my first songs I was literally waking up, going to work, then to a gig, and getting back at midnight only to do it all again in the morning.” It was this obsessive impulse to make music which soon saw her support big names including Jimmy Cliff while still in her teens. Last year she shared stages with both Scottish success story Paolo Nutini and BBC Sound Of 2012 winner, Michael Kiwanuka. Josephine has just released her debut album 'Portrait' and will soon be performing on support tours with The Noisettes, Rodrigo Y Gabriela and Paloma Faith.