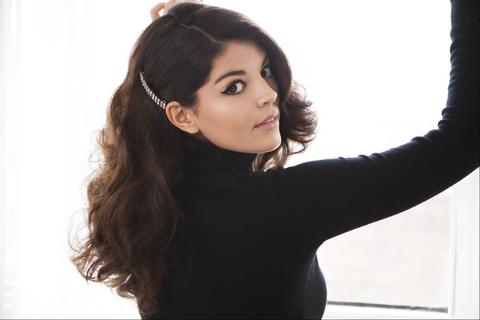 She has collaborated with everyone from Herbie Hancock to Wyclef Jean, will.I.am, Marvin Hamlisch, Jon Hendricks, Jesse Harris, Ron Sexsmith, K'naan, Elton John, Jason Mraz, Phil Ramone, Tommy LiPuma, and Quincy Jones. By the age of 16 she had sold out Jazz Festivals around the world, headlined the Olympia in Paris, performed at Carnegie Hall, The Hollywood Bowl, and Lincoln Center, and was the opening and closing voice of the Vancouver Winter Olympics, performing for a TV audience of over 3 BILLION people. Her debut for Decca went Gold in France and Canada and opened at #1 in the U.S. on the new artist chart. March 14th at Esther's Follies marks the SXSW and Austin debut of this 19-year old vocal powerhouse.

"Probably one of the richest voices of our time." - Phil Ramone
"The most talented singer I've heard since Judy Garland." - Tony Bennett
"She is from heaven, she has definitely lived before." - Quincy Jones