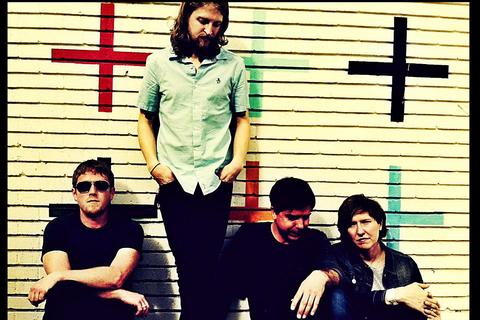 Listen to Think In Stereo

“…a sound that simultaneously stimulates and satisfies…” – My Old Kentucky Blog

Boy+Kite released their debut album Go Fly the summer of 2011, although the band started in 2009 when the two main members Beth & Darvin met in a hot tub. Since the release of Go Fly they have been flying high, opening up for acts such as Ume, The Quiet Company and The Toadies. The band also hit the Top 10 Charts on KUT 90.5 in Austin, TX and stayed in the top 10 for a few weeks.

B+K’s sound has been akin to the guitar grinding 90s era with sounds similar to The Pixies & Sonic Youth. Others have noted influences from The Silver Sun Pickups, The Joy Formidable, Broken Social Scene and Death Cab.

Think In Stereo is their first single from Go Fly and the release of the video to the hit single can both be found on the SXSW website.

The first follow up to their full length "Go Fly" is a new EP titled "We Can Go Anywhere We Want", which is a 5 song charmer full of dreamy ghost, its both glistening and pulsating at the same time. This EP demonstrates a new depth and maturity departing from their first breakthrough album!