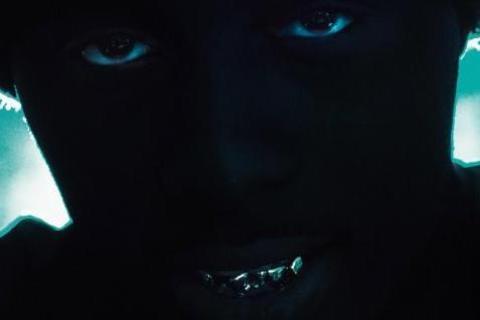 SpaceGhostPurrp is an underground rapper and producer from Miami, Florida, and is the founder and member of the RVIDXR KLVN (Raider Klan).
SpaceGhostPurrp signed his first record deal with British indie label 4AD and began remixing tracks from his earlier mix tapes in early 2012. All of his songs feature beat production by himself with many odd samples, such as train whistles, female porn stars, and drops from the soundtrack of the Mortal Kombat video game series. In addition to his own songs, he also produces beats for other artists (mostly those in the Raider Klan), but has made beats for other people as well. He produced one track titled T.A.P. for Taylor Allderdice, a mix tape by Wiz Khalifa as well as 2 tracks for ASAP Rocky: Keep it G, Pretty Flacko. His debut album, titled Mysterious Phonk: Chronicles of SpaceGhostPurrp, was released on June 12, 2012, and consists of mostly remixed tracks from previous mixtapes. He occasionally works with rapper Juicy J and has produced a number of tracks from Juicy J's "Blue Dream and Lean". He also guest stars on Juicy J's "Deez Bitches Rollin" with rapper fellow Speak. SpaceGhostPurrp also featured on Domo Genesis's & The Alchemist's debut collaboration album "No Idols" on the track "Daily News" (also featuring Earl Sweatshirt & Action Bronson), as well as Freddie Gibbs' "Kush Cloud" along with Krayzie Bone.
SpaceGhostPurrp revealed in an interview that there is an upcoming project between him and rap group Odd Future, which has supported him by playing his music at shows since he released the mixtape Blvcklvnd Rvdix 66.6. SpaceGhostPurrp also revealed that along with Odd Future, hip-hop legend GZA of Wu-Tang Clan has asked him for beats, as well as rappers Smoke DZA and Mac Miller.
On July 16, 2012, SpaceGhostPurrp went his first tour with hardcore punk band Trash Talk. The mini-tour lasted July 16 to July 23—performing four shows in California, one in Oregon, and two in Washington. His song "The Black God" was named #46 on their 50 best songs of 2012 list.
Purrp just recently released his newest mixtape, 'BMW", which is getting rave reviews everywhere.