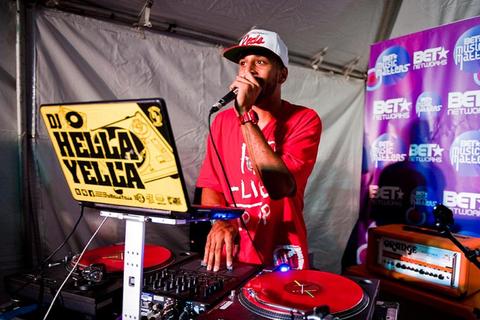 Want to know why they call DJ Hella Yella the Yella Hulk? Just ask the Southern Entertainment Awards and the Austin Chronicle who both voted him as Club DJ of the Year! It’s no question that when DJ Hella Yella is behind the turn tables he’s sure to have complete control of the crowd. Since getting his start in 2004, DJ Hella Yella has released over 100 mixtapes, including projects with Travis Porter, Dorrough and R&B Star, Mya. His Wiz Khalifa mixtape gained much success, gaining over 20,000+ downloads in just one day! If DJ Hella Yella looks familiar, you’ve probably seen him on tour with Platinum selling artist Dorrough, BET’s 106 & Park or The Deal, WETV's Platinum Weddings, MTV’s Room Raiders, in Ozone Magazine, on stage at many SXSW (South By Southwest) showcases, in numerous music videos, or opening shows for artists like Wiz Khalifa, Tyga, Big Sean, Kendrick Lamar, Juicy J, Waka Flocka, J. Cole & many more or as a finalist in Complex Magazine and Mc Donald’s annual National DJ Flavor Battle.

DJ Hella Yella has come a long way since his humble beginnings as the go-to DJ on campus. Many television appearances, award shows and magazine articles later it’s safe to say that partying with DJ Hella Yella is an all new experience. Watch him transform from Mr. Nice Guy to a Monstrous Beast behind the wheels of steel!