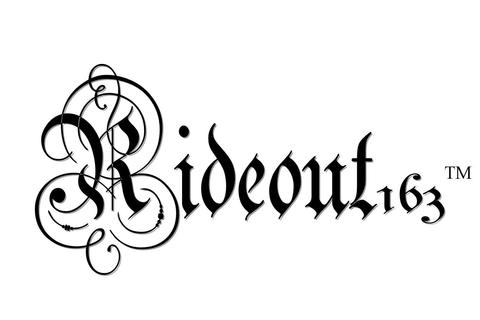 Queens, NY based rap sensations Rideout163 will be performing at SUITE 101 down Austin for SXSW, they have created a major buzz in recent months by being featured on AllHipHop.com. VladTV.com and YoRaps.com. Equally important they won the award for “Best Rap” Duo at the prestigious 2010 Underground Music Award in NYC.
Moreover, the award winning duo has rolled out one of the biggest, local hit records in years with their sizzling single entitled “6 Speed” captures Vado’s cinematic street dialect compacted with Rideout163’s phenomenal word play and witty punch lines.
‘The stellar production on ‘6 Speed’ coupled with Rideout163’s poignant cadence, delivery and flow results into a dynamic song that is sure to be a nationwide hit” according to UrbanBuzzFactor.com.
The single is garnering accolades and airplay on college radio stations and mix shows from around the country. An aggressive online marketing campaign is underway to promote the song targeting such popular records pools as Digiwaxx and on key Hip Hop destinations such as AllHopHop.com and Hip Hop DX.
The duo also received acclaim from their previous songs “Crunch Time” and “Not Alright”. In fact, the song “Crunch Time” received over 4000 listens on AllHipHop.com in just one day.
Ridout163 describe themselves as a new strain of Hip Hop. The group is comprised of rapper Piff and Reign. Both rappers have developed their talent amidst many obstacles. Over the years, Ridout163 have assembled a total package of musical genius, magnetic charisma and business acumen.
The duo has even expanded their business and launched a film company called Rideout Films. “Now more than ever a visual presentation is important for the growth and survival of a business and for the development of a music artist. Rideout Films is a full service film and production company. “We create top notch quality music videos at affordable prices”, states Reign.
Additionally, Rideout163 have been ripping up venues with their dynamic stage presence. Their performances are filled with energy, confidence and swagger. They have performed at various venues throughout the country including the world famous BB Kings in Times Square, New York.
“We want to be a legendary rap group. Follow us through our trials and tribulations as we embark on our journey to greatness. We do this for the love of the music, the culture and our fans. Our integrity is intact and we will never sell out. Very few artists grind as hard as Rideout163!” Respect the grind and join the movement”, proclaims Piff.