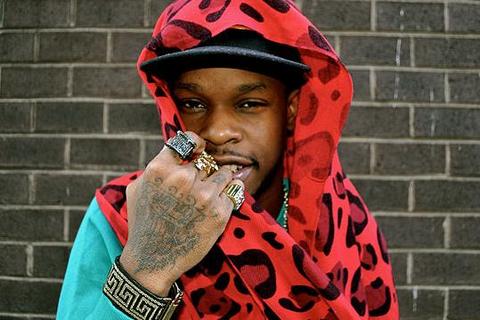 Born and raised in Harlem, New York, Vinny Cha$e first started in the music industry by directing music videos and shooting hip hop documentaries on household name artists. He personally shot for the likes of Lil Wayne, Juelz Santana, Cam'ron, Chris Brown and other major hip hop acts. Being behind the scenes in the music industry from 2004-2008, Vinny naturally formed friendships with many of the artist he encountered along the way. With nationwide tours and oversea trips, Vinny gained a wider insight on the world around him at an early age.

Growing up in Manhattan, Vinny has lived in many parts of the city including Soho where he found a strong appreciation for modern art, fashion, and pop culture. Building relationships with Bape founder Nigo, Jeremy Scott, and Dee & Ricky to name a few, Cha$e kept ties to the fashion world as much as he did with music.

In 2011, Vinny found his calling to record music. Growing up on his favorites such as Biggie, Jay-Z, Dipset, to name a few, Vinny shared a deep appreciation for wordplay and paying attention to different flows in records. With a work ethic that belongs on Wallstreet, Vinny Chase became passionate about playing a role in music, this time, in front of the lens. Coming together with long time friends, the Super Brown Brothers (Kid Art & Cartier Court), who also share a vast list of accomplishments in film and fashion, Vinny Cha$e attacked his goal with a vengeance. Together forming the entity Cheers Club, Vinny and his team knew the importance of focus, determination, and relaying on each other to get things done. The team take it upon themselves to craft music, record, produce, and shoot music videos with their own money taking pride in their independence and being the new wave of New York artists. Vinny occasionally also co produces music as well when he's not in the booth.

The music game is something that is both familiar and new to Vinny Cha$e as he enters the game with his first new mixtape titled "The Plaza" combining strong melodies, clean yet edgy beats, and sublet wittiness that leaves listeners happy to hear the new mc. Many insiders praise the quality and originality of the project and feel his importance to hip hop culture. As the new generation from New York emerges, Vinny is next to step up to the plate.