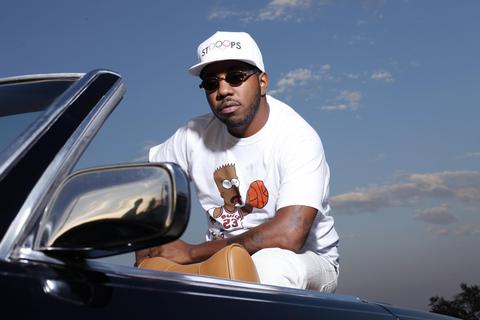 Listen to Back Up

Hailing from Detroit Michigan, Chuck Inglish has transformed the landscape of modern Hip Hop. As a true taste maker, Chuck Inglish has transcended music and fashion to become a cultural icon of a generation. Beginning in 2005 with the birth of The Cool Kids, the group he shares with collaborator Sir Michael Rocks, Chuck Inglish launched a movement of style and culture reminiscent of Hip Hop’s roots framed with a social media driven energy that would captivate a musically diverse youth.
Between 2007 and 2011 The Cool Kids released eight projects and toured worldwide, with appearances on the Rock The Bells tour, NBA 2k8, HBO’s Entourage, and Rolling Stone’s “10 Artists To Watch” list.
Presently, after producing for artist’s such as Mac Miller, Rick Ross, Asher Roth, Casey Veggies, and Curren$y, Chuck Inglish is set to release his first solo project in the summer of 2013. Appropriately titled “Convertibles” the project is a reflection of Inglish’s time living in Los Angeles and his evolution as an artist. Released through his newly minted imprint Sounds Like Fun Records (distributed by ADA, a division of Warner Music Group) “Convertibles” is the next step in an already legendary career.