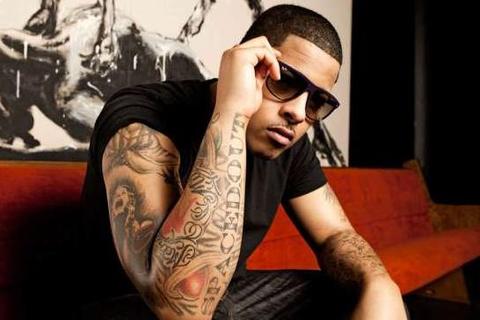 As the new school trailblazer for Houston’s burgeoning Hip-Hop revival, Marcus Manchild is on a mission. The skateboard swag rhymespitter grew up on the Southwest side of Houston, raised on local celebrities like Slim Thug, Paul Wall, Chamillionaire, ZRO and Lil KeKe. By 16, Marcus began making his own music, influenced by Houston greats, but geared to make his own mark with a new style.

Drawing inspiration from the likes of Andre3000, Mac Dre, Ludacris, and Twista, Marcus began honing his skills and embracing new facets of rhyme. That boost in his lyrical prowess reached Texas-based indie label AMG (Authentik Music Group), who readily signed the rising star. His first project under the AMG umbrella was The Preseason mixtape, followed by the monumental SPACEDOUT. It was then that Marcus sealed the deal with his signature abstract (“out of this world”) style that earned him the name the “Space God”. Both projects included collaborations with with Soulja Boy, Yo Gotti, Bun B, Chamillionaire, Slim Thug, J Dawg, Killa Kyleon, ZRO, Paul Wall, Brian Angel (Day 26), and more.

The stage is now set for Marcus to put his new Houston flavor on the map with Preseason 2. The sequel mixtape is led by the cut “A Million” with Travis Porter and Big K.R.I.T., along with “Big Boi Shit” featuring former Boss Hogg Outlawz member Killa Kyleon. Preseason 2 will highlight Marcus Manchild’s undeniable lyrical escalation and drum anticipation for his next full-length project. In the midst of all of this music, Marcus is also part of the The Smokers Club Tour alongside the legendary Method Man, and featuring hard-hitting new talent like Big K.R.I.T., Curren$y, and Paypa. With his AMG team behind him and Preaseason 2 ahead, The Space God’s SPACEDOUT movement will take you to another galaxy.