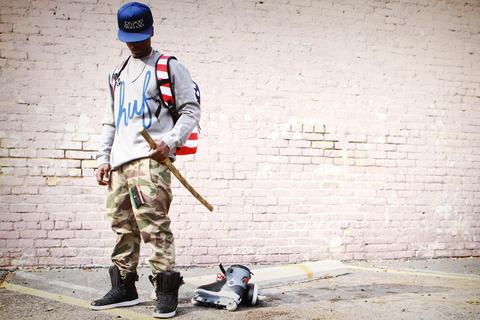 In the wake of the South by Southwest Music Festival, everyone is asking--who will be the next big artist to blow up out of Austin, TX? The answer lies in 23-year old KJ Hines, who hails from the suburbs of the Capital City, and has since relocated to Atlanta. KJ has opened for performers like Lil Wayne, Chris Brown, and Drake, as well as Texas favorites like Bun B, Slim Thug, Chamillionaire, and Lil Flip. He has also performed at many famed Austin venues, including the Austin Music Hall, the Travis County Expo Center, and University of Texas favorite, the Sigma Chi fraternity house. As a more patriotic gesture, he performed for US troops returning from Iraq at Fort Hood.

KJ first got his start when a mutual friend introduced him to Atlanta-based producer Skrapp who has collaborated and worked with KJ to make him into the artist he is today. Sense moving to Atlanta KJ has had the privilege of working with other artist and producers such as K E on the Track, SODMG's JBar, FKi and S.M. Tracks. While his hip-hop sound and R & B feel have attracted the attention of major companies, KJ maintains the support of indie-label Dap Records, where he first got his start. Through Dap he released his debut album, entitled "capital city," as a reference to his mature lifestyle as a 16-year-old. He continues to focus on providing quality entertainment in Atlanta, across the country, and worldwide. For more of KJ's music, check out his website www.kjhines.com, and his Twitter, "@kjhines." Written by Akeem Lawrence