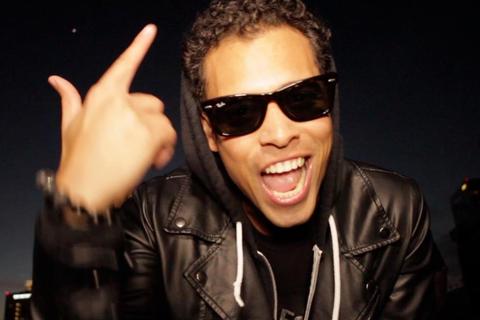 Listen to Jackie B Good

When it comes to Paul Couture, he’s no amateur to music. He stays busy touring and traveling around the country working with top notch artists that you’re probably playing on your IPod right now. This producer, song writer and collaborative artist has performed with artists such as Ludacris, LMFAO, Dev, FKi, Shwayze & Cisco, and reggae legend Don Carlos just to list a few. He puts beautifully, “I wouldn't categorize what it is I do as a singing or rapping or making beats, I just go with where the music takes me.”

Paul has had the pleasure to perform at some of the year’s hottest venues and showcases. You may have spotted him on stage along side Shwayze on the Shwayzed and Confused Tour, New York Fashion Week, the poolside stage at The Hard Rock Hotel & Casino, Free Press Summer Fest, and Slightly Stoopid's Seedless Summer Tour. Paul explains “If you'd have told me in High School back in Texas that I would drop out of college to pursue a career in music and end up at an underground club in Hollywood next to Ryan Seacrest w/ Oompa Loompas flying thru the air carrying bottles of Grey Goose, I'd have said you're insane.”

In 2012 alone Paul Couture’s music was been featured in The New Dancemix USA number 1 & 2 and the feature film “Narx”, Chelsea Handler’s NBC comedy series titled “Are You There Vodka… It’s Me Chelsea”, BPM on Sirius XM satellite radio with his song “Freak Out” and the title track "Shine On" for Fashion Week Houston. Also this year Paul released his first mixtape "Down To Mars" to rave reviews for its musical diversity. In Paul’s words, "Down To Mars" was meant to be a collaborative collage of Art. Not just a bunch of random music from who or what is hot, but from the Artists, Producers, Genres & Musical Influences I have a personal relationship with. I think we were able to achieve that.” Keep an eye on this up and coming artist, you never know where he’ll pop up next.