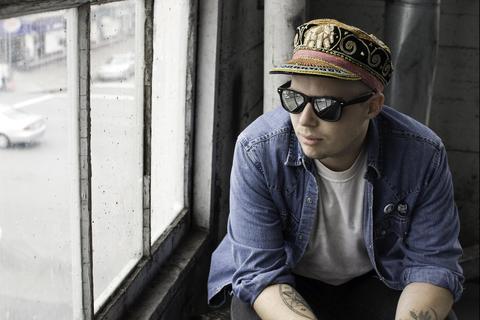 In short, Al Lover is a producer from San Francisco, but there's more layers to his wall of sound then meets the ear. Over the last few years he has gained much notoriety for his melding of contemporary and past garage and psychedelic rock into spaced out, abrasive beats. Often compared to producers like Edan, J-dilla and Gaslamp Killer, Al gravitates towards a sound composed of crunchy drums, shaky percussion, chopped samples and layers of textured effects building on the psychedelic music of the past and present.
Starting with his 2010 release of an unofficial Woodsist Records Remix project (where he was swiftly given a cease and desist by the label) Al set out to build with current bands and sample their material. The end result was "Distorted Reverberations of Reverberating Distortion", an exploration in sampling the works of such garage and psych acts as Ty Segall, Night Beats and Thee Oh Sees. Not quite remixing but not quite your average approach to beat making either. Wind of the project got around to The Black Angels and the curators of Austin Psych Fest, who were so intrigued by the work that they asked him to come a board as the official DJ of Austin Psych Fest in 2012.