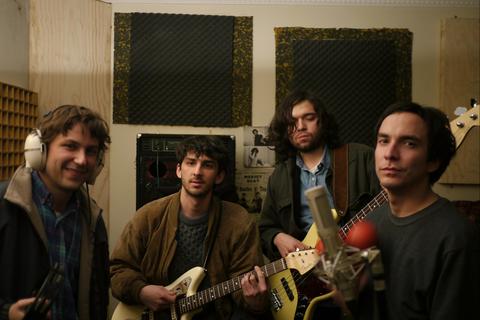 WatchOut! started late 2007 when Martin, Gonzalo and Nicolás started playing in a garage way, rehearsing every week at Martin's house creating songs influenced by Nuggets, The Stooges, Jimi Hendrix and lots of 60's bands. As they felt it was a good thing, started playing live with friends from bands of the underground psychedelic scene as The Cindy Sisters, Acid Call, Föllakzoid, Holydrug Couple, Hell Gang, among others.

In 2009 they released their first LP To Live and Leave (BYM), where a bunch of fuzzy and power beat songs led you into a primitive mood with oldstyled garage kicks. At this time Francisco joined as keyboardist.

In the beggining of 2013 it was reissued by Permanent Records with a 500 edition. In 2012 released Ucayali/Vivorritmo single, a burst of Latinamerican rhythms and fuzzy melodies based on Chicha music from the amazonian jungle and Santana's soloing.

Right now, WatchOut! is working in their second studio album, to be released in the beginning of 2014 with BYM Records. By the same date, they're going to release a compilation LP of non-edited tracks and b-sides of Flashbacker with Cardinal Fuzz (UK).