Jonny Kaplan and the Lazy Stars 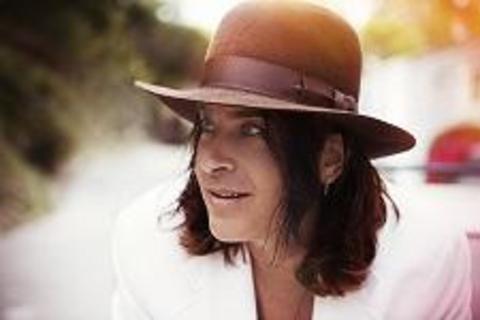 SPARKLE AND SHINE is the fourth album from Jonny Kaplan & The Lazy Stars. Jonny, an impassioned musician and songwriter, and the group have created an innovative and engaging collection of American rock numbers that opens the artist into a new era of his musical career.

It’s the product of collaboration, bringing together a slew of talented musicians whose presence augments the quality of the songs. The Lazy Stars include Rami Jaffee (Foo Fighters, The Wallflowers) on keyboards, bassist Jokin Salaverria, guitarist Dan Wistrom and drummer Joey Galvan. Jonny also enlisted help from some very cool friends: The Black Crowes keyboardist Adam MacDougall, Blind Melon’s Brad Smith, Foo Fighters’ Jessy Greene on violin and Daryl Hannah, who lends her vocals to two tracks. “I think Daryl on vocals is going to surprise a lot of people who just know her as an actress,” Jonny says. “She has an amazingly beautiful voice that blends perfectly with mine.”

The end result is a striking collection of rock numbers that draw from Americana, country and folk, recalling musicians like Bob Dylan, Tom Petty, Ray LaMontagne, The Band and Gram Parsons. “It was apparent in the songwriting that there was an extreme diversity on the record in what kinds of songs they are,” Jonny says. “A lot of the songs needed to be recorded completely differently. Sometimes you set up and make everything on the record have a similar sound, but there’s a lot of different sounding music on this record. It was also a definite conscious decision from the beginning to add an element of sophistication to the record.”

1:00AM Jonny Kaplan and the Lazy Stars