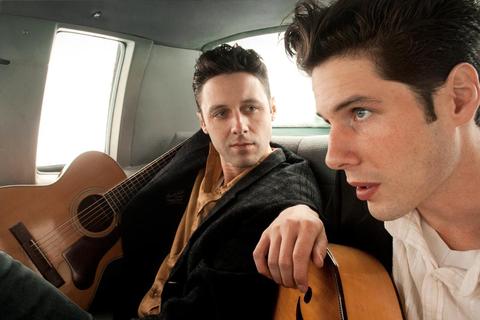 The Cactus Blossoms play country music the way the best always have: with an ear for universal truth in commonplace stories and for real emotion in simple melodies and beautiful harmonies. Brothers Jack Torrey and Page Burkum are not from the south; they're native Minnesotans. They're not from the rural route; they grew up in Minneapolis. They weren't raised on country music; they listened to the Beatles and the radio and eventually stumbled on the great American folk tradition.

After debuting their first album, The Cactus Blossoms, in the fall of 2011 they began their weekly residency at the Turf Club in St. Paul, which concluded this summer with a one-night live recording event. Their new album, Live at the Turf Club, was released in December 2013.