Hugh Bob and The Hustle 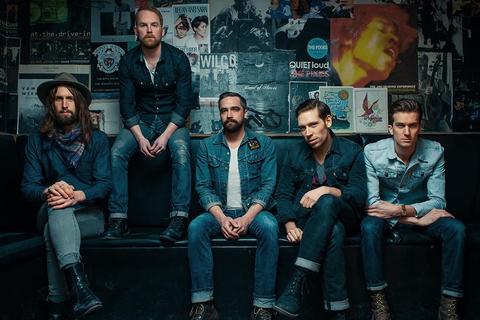 Singer-songwriter Hugh Robert Masterson grew up in Butternut, Wisconsin - a quaint but fading small town with decrepit mills, dirt roads, farms, beat down bars, and a population of 300. “It’s the kind of place where the silence is deafening and the stars are so bright you can feel nothing but humbled,” says Masterson. His band Hugh Bob and The Hustle and their masterful self-titled debut album brings to life this slice of classic Americana with ruggedly poetic lyrics and sweetly winsome roots rock.

Masterson’s blend of hard luck stories and backwoods whimsy with crisp twang, high lonesome harmonies, and heartland rock n’ roll is an aesthetic called “North Country”. It’s similar in spirit to country in its earnestness and its ties to American folk traditions, but details the plight of folks up North. Masterson has garnered favorable comparisons to Tom Petty, Bob Dylan, Bruce Springsteen, John Prine, Alan Jackson, and Dwight Yoakam. A.V. Club Milwaukee praises his debut as: “a warm, affectionate collection of straight-up AM country gold.” Rocksposure gushes “Hugh Bob never strikes an inauthentic note.”The Nashville Scene says: “We can’t help but be naturally suspicious of outlanders appropriating traditionally Southern music, but Milwaukee’s Hugh Bob avoided the pitfalls of the derivative Mumford & Sons bro-grass that has been invading our country by being charmingly sincere.”

After apprenticing as a sideman bassist, most notably with indie darlings Jaill and acclaimed roots rockers The Wildbirds, Masterson recently decided to step out as a singer-songwriter. The 11 songs on his debut are the first he’s ever written. “I just felt like I was finally ready to release something,” he says, assessing his latent creativity. “It was a confidence thing, I was afraid of putting my heart into something and people not liking it.”

Through his stories, and those of Butternut, Masterson has crafted a tender and truthful album. “I’m attracted to realness,” he says. “The natural reality of how hard life is doesn’t go unnoticed where I’m from.” The stunning “Ashland County,” rich with golden harmonies and mournful and shimmering pedal steel guitar, is a poignant snapshot of a crumbling small town. “That’s about where I grew up, it’s depressed, there’s not much there anymore,” Masterson says. His voice is sweetly pristine and vulnerable as he sings: Rivers spillin' over/Bars burnin' down/Now they're planting flowers, all over town Got high on Joint Road/In between the farms/Now they're all gone, and the mill is shuttin' down. The gritty Americana of “Butternut” mixes quaint nostalgia with powerful social commentary. Here, with raw emotionality, Masterson sings: I come from a long line of drinkers and boozers, gamblers, we're all losers where I'm from/Days go by but no one's ever leaving/No matter how hard I try this town's got a hold on me/Got a hold on me. Rounding out the album are the cheeky “This Bar Is A Prison” and “Mess With Me,” rowdy good time numbers with quicksilver twang and shit kicking humor.

Live and on record Masterson is aptly backed by The Hustle, a band of friends with telepathic interplay and a unique approach to American roots music. The Hustle is Quinn Scharber, guitar/vocals; Nicholas Stuart, bass/vocals; Bradley Kruse, keys/vocals; and Justin Krol, drums. Masterson and Stuart played together back in The Wildbirds (along with Scharber and Kruse), with Masterson playing a supportive role for Stuart’s singer-songwriter vision. In the Hustle, Stuart returns the favor. “I've known Hugh for 7 years, and he's always had song scraps in his pocket. Never a complete song,” says Nicholas Stuart. “But when he pulled out the basic structures of ‘Blame Me’ and ‘Red, White & Blue Jeans,’ I jumped at the chance to be a part of it. He has a great way of putting the listener in a place that he is, or a place that he's been. And he just really cares for the song, down to a single lyric. That's something that impresses me every time.”

Masterson is currently gigging actively with The Hustle, building a strong live profile with their vibrantly authentic musicality, impassioned sincerity, and downhome exuberance. “I remember playing that first show. I had done all this stuff to prove myself. I was sitting there in the basement of the venue and I was so nervous I wanted to run away,” he says. “But when I got onstage, the adrenaline from the people’s response made it all feel so worthwhile.”