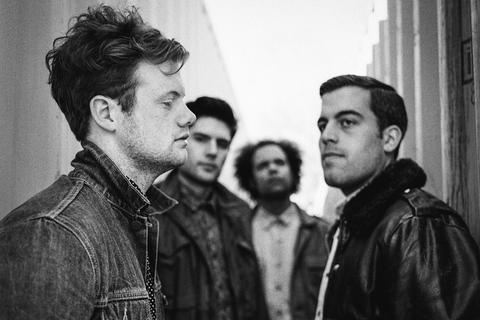 “The four of us taught each other how to play music”, says lead vocalist Grayson Proctor. “We turned an old church sanctuary into our own base camp, and we would get together almost every day and learn how to play, perform, and write. There was a while where we were at the sanctuary more than we were our own homes. It was all we wanted to do.”

Based in Nashville, the electro-rock band started building buzz with 2012's Rebel Hill EP. Paste Magazine featured Vinyl Thief as a Band You Should Listen to Now. Killing the Cabinet described Rebel Hill as "sprinty choruses which are magnified by the effortless wide-range vocals shifting transitions fluidly into hip hop beats and lofty bridges." The guys then took their live show on the road in 2013, opening for the likes of the Joy Formidable, Little Green Cars, Youngblood Hawke, and Wild Cub. They also performed at CMJ and SXSW. "They stuffed their gear onto my little stage... and proceeded to slay that room to teeny tiny pieces.” - Beautiful Buzz (SXSW 2013)

Vinyl Thief's Stop Motion EP recently premiered at Paste. The new songs are snapshots of a tumultuous year. They explore and realize the process required to get through and get on with life. It ends with redemption, of sorts: realizing that things will be different, but still, it will be all right. “If this song is any indication, their upcoming full-length is going to be a work of immense weight and power.” - New York Minute (on the single, Smooth)