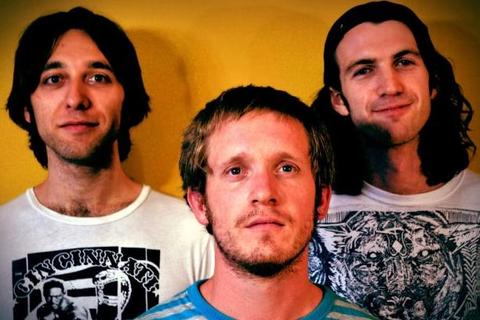 The Harlequins are a psychedelic garage-pop trio formed in 2007 in Cincinnati, OH. Since that time they have released four albums independently and played hundreds of shows in the Midwest and other various parts of the US.

Their roots lie in Cincinnati's burgeoning DIY Scene, where they built a loyal following working with groups such as Bunk News and The Marburg Collective. Since then they have been a regular fixture at the Midpoint Music Festival (2008-2013), Cincinnati's new Bunbury music festival (2013), and nominated for three Cincinnati Entertainment Awards.

In 2011 They caught the attention of VICE Magazine and The Black Lips and were picked to represent Cincinnati for a feature on Noisey.com.

After touring slowed down for 2013's "Sex Change" EP, members of the group filled in for international touring group Gringo Star for three months. In total the band played a total of 75 gigs in 46 cities across 26 states and portions of Canada in 2013.

2014 marks the second consecutive year The Harlequins have played an official showcase at SXSW.

The band is currently working on material for a new full length LP which will be released later this year.