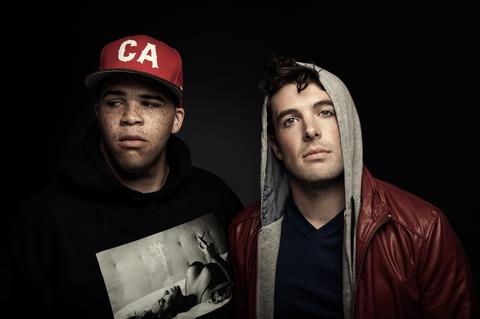 A New England native, Phil Beaudreau grew up playing violin, eventually switching over to trumpet by the time he attended the prestigious Berklee College of Music. It was there Beaudreau discovered his passion for composition, triggering his metamorphosis into a singer-songwriter. It was also at Berklee where Beaudreau would meet the multi-platinum selling super-producer, Dawaun Parker. Collaborating on songs like “Until It’s Done,” which features Phil’s vocals and arrangements, Beaudreau eventually signed with Parker’s High Renaissance imprint in 2012. A true multi-instrumentalist, Beaudreau also produces and records with Parker under the moniker, AoE [All or Everything/Ambassadors of Earth] and self-penned and arranged his up-coming EP, Ether, in it’s entirety; playing piano, guitar, bass and even live horn and string arrangements. Influenced by classic legends including The Beatles and Stevie Wonder, while drawing inspiration from current greats, Thom Yorke and Kanye West, Beaudreau crafts a stunning soundscape that feels both unique and familiar. Phil credits Bill Withers for inspiring the stomping rhythm in the track, “Buried Alive.” In his retro-soul styled tune “Spark,” Beaudreau chronicles the struggles of a woman at her lowest point, while in “Take It High,” the first single from Ether, Beaudreau urges the listener to elevate themselves, whether metaphorically or literally. “The first time I heard Phil sing over one of my beats,” says Dawaun, “I knew I wanted to collaborate again. By the time we finished song #2, I knew I had to sign him. It’s not often you meet someone so talented, who can do so much… His potential is limitless,” exclaims the 3-time Grammy winner, who executive produced Ether. Musically rich and intoxicatingly catchy, Ether documents the process of an artist discovering his creative potential. One listen, and it’s evident that Beaudreau’s future home is the stratosphere.