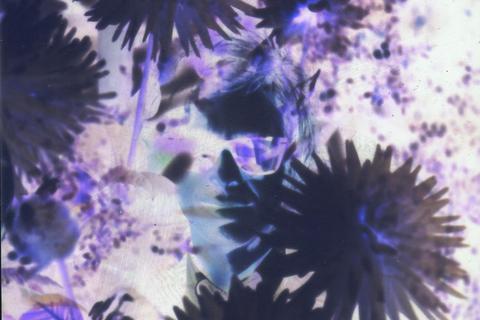 Arp is the nom-de-plume of New York-based artist and composer Alexis Georgopoulos.

Working under the name Arp since 2007, Georgopoulos was initially drawn to analog synthesizers – see 2007's album "In Light" and the 2010's "The Soft Wave" (both Smalltown Supersound). In 2010, he explored Minimalistic Chamber Music on "Frkwys III" (RVNG Intl), his collaboration with Englishman Anthony Moore. Now, with 2013's "More", he has created a union of Pop and experimental tendencies, utilizing traditional Pop instrumentation and structures and, for the first time, showcasing himself as a vocalist.

"More" showcases a songwriter with an encyclopedic sense of 20th Century Music History. The songs that make up the album reference everything from the fuzzed-out Glam of Brian Eno to baroque pop of The Left Banke and John Cale, from the narcotic Gospel of Spacemen 3 to autumnal ballads of Robert Wyatt and Kevin Ayers.

Over the past decade, Georgopoulos has also been involved in numerous other projects. He was a co-founder of the San Francisco group Tussle (which he left in 2007). He is a member of improvisational recording trio The Alps (Mexican Summer / Type Records) and was a member of the short-lived electronic dance duo Q&A (DFA).