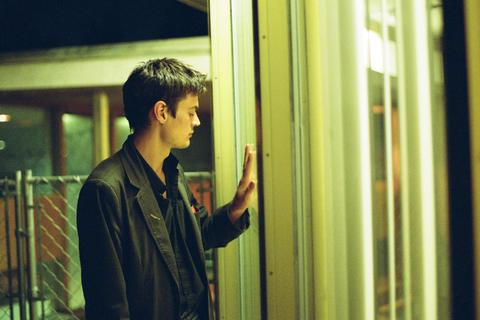 Unafraid to play the tease, Calvin Love walks amidst a realm of conflicting dualism. His creative demeanor blending gritty exploration and an effortlessly cool croon. He's hot and cold, twisted and beautiful and reels in your cozying affection through wistful verse, entrancing rhythms and weighty synthesized pleas. He strings you along. A thrust and a swoon, a lover lost, he asks you to come back to him. And you do. And then he leaves, with cigarette smoke marking his trail.

Through such casual flirtation, this Canadian bedroom punk out of Edmonton delivers suave and demented tunes, nostalgic and spun through otherworldly calculations. He's a stranded space captain locked in his cockpit recording his final thoughts, or a madman explorer roaming the bush with mismatched socks, good luck charms in his pocket and a rucksack of illicit findings.

Since the press widely dubbed him an "artist to watch" in 2012 with his debut New Radar LP, thanks largely to his casual knack for pop hooks and wild child experimentalism, Love returns with the "Cool" single with some new tricks in his bag. Expanding his operation with a full band, there's a new freedom that's becoming on him with charismatic certitude to his delivery. Pucker up. He's a dreary rebel of David Lynch or Jim Jarmusch's making, wrapping you around his finger like a space-lounge James Brown. Over Latin bongo beats and a soul breakdown, he hoots, It can get so cold at night. Wonder be what keeps us warm.