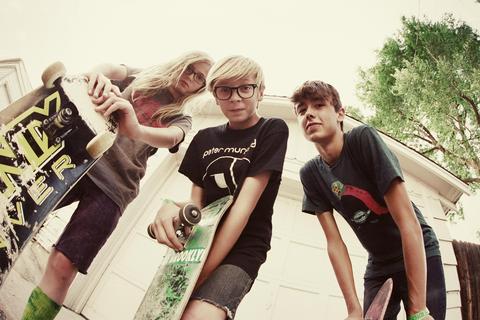 In the early 1990’s a seismic storm was brewing in American underground rock music. Distorted guitars and fuzz-infused punk began to seep into the mainstream. Nirvana’s Nevermind lead this sonic revolution becoming the #1 album on the Billboard Top 100 sales chart on January 11, 1992 (knocking off Michael Jackson’s Dangerous) officially ushering in a new guard... Seemingly overnight, bands surfing this sonic tidal wave – which became known as “Grunge” – began to dominate the airwaves, and popular-culture. The next few years these bands would provide the world with some of the most exciting rock music in decades. By the middle of the 1990’s this vibrant sound was co-opted by commercial interests and bad imitation bands that made “grunge” a parody of itself. Almost everything that came to symbolize the purest form of the 90’s rock-revolution was gone... Gone, but not forgotten... Inevitably, a new generation of musicians would discover this music and make it their own, unmarred by the ghosts of the grunge- impersonators.
Enter Austin Texas’ own: Residual Kid. The band, consisting of brothers Ben and Max Redman (drums/ bass respectively) and singer / guitarist Deven Ivy, dance in tornado of distortion and jangle. Underneath the fury lay three ace players inciting crowds with their blend of fuzzy guitars, driving beats, and catchy melodic hooks. Their unpredictable and joyously-chaotic live performances are deceptively tight, showcasing a band who wear their influences on their sleeve while putting their own stamp on modern punk-rock. Their debut EP FACES surfaced in late 2012 and was produced by Frenchie Smith (...Trail of Dead, Meat Puppets, Built to Spill).
Following an impressive showing at SXSW 2013 the band left Texas for the first time performing to a packed crowd of music industry tastemakers on the Lower East Side of Manhattan. Immediately following their New York debut they found a manager, signed with BMG Music Publishing and suddenly found themselves on the radar of the music-industry. In 2014 the band spent time in the studio with both J Mascis (Dinosaur Jr.) and Steve McDonald (OFF! / Redd Kross) producing new material which is expected to be released sometime in Spring 2014.