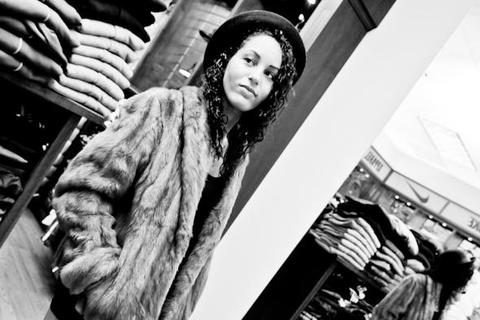 Storytelling is a lost craft in today’s vault of intellectual property, unless your pen possesses the ability to pulls raw emotions out of each listener. With an infectious, soulful tone paired with a grimy, aggressive rap flow Miloh Smith creates a musical habitat that demand lights and cameras. Emerging from the trap, club driven music scene of Atlanta, GA the 22 year old singer, songwriter, rapper is a rarity.

Summer of 2012, Miloh Smith premiered her music to the public with the release of her first project, Suite 404. Since dropping the project not only did she garner praise from the media, but the songstress quickly earned her new found fans in her hometown of Atlanta, along with a growing number of supporters in Nashville, New York City, DMV area, Los Angeles, and abroad. Working with the likes of A$AP Mob, L.E.P Bogus Boys, Young Dro and Ludacris has set Miloh up to be crown next out of the south.

With the success of Suite 404, Miloh Smith has most recently released her 2nd project, Pulp Fiction. Pulp Fiction is a cohesive representation of her development as a songwriter and vocalist.