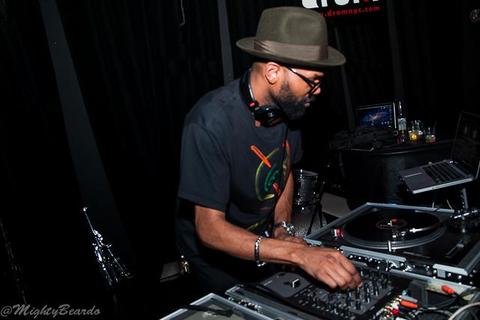 Born in Decatur, Georgia “LaJuanzo LaRunn Turner” was into music from birth. Having a father who was in a blues band “the house rockers” Runn was always around music. After attending various high schools Runn quickly found out he was searching for something new & unknown. Upon attending GSU (Georgia Southern University) he quickly “found himself” in the arts program. Graduating with a BFA in Fine Arts he later received a scholarship to Penland Art School.

Upon moving back to Atlanta he gained gallery representation for his at Gallery Sklo in Buckhead. After successfully working in the arts for many years he decided to get into music. Having been raised around it, collecting vinyl was a family tradition. Having an ear for a new sound made djing easy. After moving to Philadephia, his love for music increased. Then with the move to NYC, he knew what he had to do. Upon meeting Jordan or “DJ Dirrty” it all seemed to click. While also pursuing a career in Advertising, Runn quickly learned the proper way to market his talents.
Baller’s Eve was established in 2003 when Ponce “Minski Walker” & Jordan “DJ Dirrty” decided they wanted to bring to NYC an all Southern radio show. They wanted to give a voice to the music they knew from growing up in Atlanta, GA.

After a year, they realized that they needed to expand their crew to push Baller’s Eve to the next level. They then added - Runn “Katdaddyslim” Turner. With his business logic and savvy Decatur sense, he brought something new to the table.

Ballerseve was now complete. The crew went from throwing “Dirty South” parties on Avenue A on the Lower East Side of NYC to press reviews in The New York Times, CITY Magazine and The FADER magazine.
The vehicle for new talent is Eastvillageradio.com. The purpose? Not just to play music, but to scout new talent & give them the right tools to be successful. Runn “katdaddyslim” also begin to host a series of monthly parties in NYC that solely featured New Southern Artists. The nightlife scene grew to accept his passion for good music. On all levels “katdaddyslim” is a key element to keeping Southern music alive.