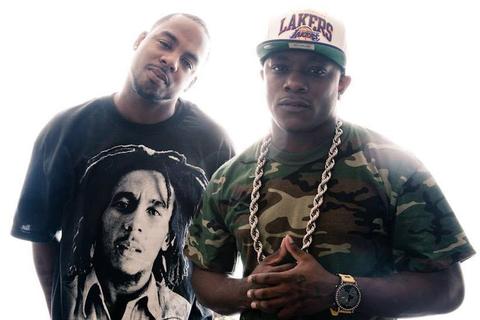 ST 2 Lettaz and Yung Clova met at the Boys & Girls Club in Athens, Alabama and in 1999 they formed the group later known as G-Side. G-Side together with Block Beattaz forms the nucleus of Slow Motion Soundz, an entertainment company based in Huntsville, Alabama.

Their debut album, Sumthin 2 Hate, was released in 2007. Huntsville International (2009) was at first planned to be released as a mixtape. However, it became their official follow-up album to Starshipz & Rocketz (2008).

G-Side released The One...Cohesive in 2011. It was produced by Block Beattaz, Clams Casino, A-Team, Str8 Drop, DJ Burn One, and the Basmo Family. Anupa Mistry of Exclaim! described the album as "the actually good coming together of rap's current obsession with Southern talent and experimental beats".The duo released another album, Island, in the same year. It was produced by Block Beattaz and Parallel Thought and features guest appearances from Bentley, PH and Joi Tiffany.

The group's musical style is heavily influenced and created by close affiliates Block Beattaz. The production duo consisting of Mali Boi and CP composing crisp, intricate, and flowing melodies whether they be sampled pieces, or original works laced with plenty of live stringed instruments and piano keys. ST's style of rapping is more lyrical while Young Clova has more of a mainstream, laidback flow.

G-Side says that artists like 8Ball & MJG, UGK, Outkast, Geto Boys, Scarface, Master P and 2pac influenced them both at an early stage of their lives and career. Their music has been described as a mixture of Dirty South and G-Funk. Although they have created some more up-tempo tracks, they mainly create laidback, suggestive music often described as "Film music symphonic" or "Hypnotic" and "Spellbounding". Block Beattaz has provided the duo with beats that sample artists not commonly associated with Hip Hop music like Enya, Beach House and Dune.