Wara From The NBHD 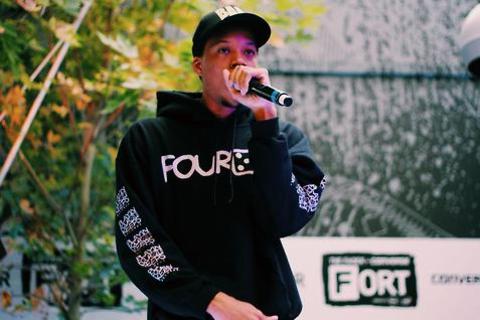 Originally from Brooklyn, NY, 23 year old hip-hop artist Wara From The NBHD made his way to Atlanta, where he’s lived for the last 13 years.
Drawing his musical influences from iconic hip-hop acts such as Nas, Jay-Z, Mobb Deep, and Pharrell, Wara From The NBHD released his debut mixtape "The Ill Street Blues" in February 2013, which featured a controversial cover with his 6 month old son and a gun. This controversial, yet well-produced and received project earned Wara recognition from some of the industry’s top publications, including The Fader, Noisey, XXL, and The Source. Hip-hop magazine XXL included Wara as one of the “Top Ten Artists To Know From Atlanta”. The hype of his debut mixtape led him to various performances in New York City and Atlanta, including performing at The Fader Fort at CMJ 2013 in New York City and Atlanta’s 2013 A3C hip-hop festival.
With only two released videos, Wara From The NBHD continues to push the envelope, bringing to light some creative works that are far from what you typically expect from a "rapper video." In 2014, you can expect more official visuals from Wara as well as his follow-up project, "Kidnapped".