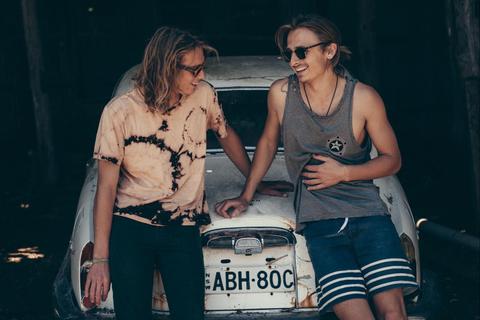 Sydney’s Lime Cordiale worked up a head of steam throughout 2013, with their breakthrough song ‘Bullshit Aside’ and latest single ‘Sleeping At Your Door’ turning heads throughout Australia. After capping off the year with a national tour throughout their home country, the band are now set to release their acclaimed Falling Up The Stairs EP into North America in 2014.

The last 12 months have seen Lime Cordiale perform to receptive audiences throughout Australia, including a sold-out headline show at The Standard (600 cap) in Sydney earlier this year, well received sets at Australia’s biggest music conference BIGSOUND, Homebake, Peats Ridge and Deni Blues festivals, and gigs alongside the likes of The Rubens, The Specials (UK), Ball Park Music, Hey Geronimo, The Griswolds and most recently, as main support on Cosmo Jarvis’ (UK) national tour throughout Australia.

Lime Cordiale will tour to North America and Canada in March 2014, with performances already locked in at the SXSW Music Festival in Austin, Texas.