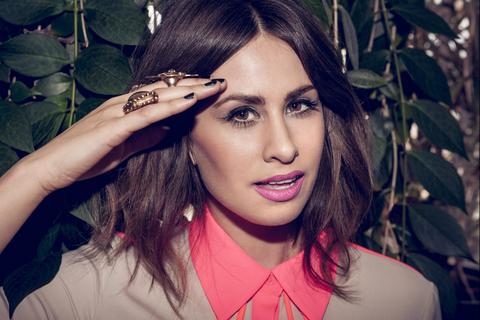 With Gossling’s boundless talent and that dreamy, startling voice, Harvest Of Gold marks the arrival of undoubtedly one of 2013’s best Australian releases. “Hopefully with this album the people who’ve only heard my singles will realise the extent of my songwriting,” says Helen, who signed to Dew Process in September 2012 following three acclaimed independent EPs: 2009 debut If You Can’t Whistle, 2010’s Until Then, and 2012’s Intentional Living. “I want listeners to stick with me as an artist, and enjoy the progression I’ve made.”

Local music lovers are no strangers to Gossling’s mesmerising sound. There’s her cover of Ou Est Le Swimming Pool’s “Dance The Way I Feel” for triple j’s Like A Version; a recent duet with Oh Mercy’s Alexander Gow for the Melodie Francaise compilation. TV fans of “Offspring” and “Gossip Girl” caught singles “Wild Love” (triple j’s #18 most played of 2012) and “Heart Killer” on their small screens. There’s guest appearances on “RocKwiz”, slots at festivals such as Falls, Southbound, Peats Ridge, and West Coast Blues ‘n Roots. And, of course, her spotlight-stealing vocals on the 4x platinum hit single by ARIA-winning hip-hop artist 360, “Boys Like You”.

Determined to “get lonely and depressed” (the perfect fodder for writing a record), in spring 2012 Helen exiled herself to Tasmania, ready to create. Instead, she found herself tuning in daily to the non-adventures of “Big Brother” contestants. “I felt like they were my friends,” she laughs. Once back in the familiar surrounds of Melbourne, songs slowly began taking shape. Demos were recorded onto Logic, samplers switched on, and sonic inspiration found in records by artists such as Goldfrapp and Metronomy. “I didn’t really let myself get to a relief moment of, ‘Phew, I’m on the right path,’” Helen recalls of her process, “because I was worried that if I did that I’d stop trying. I really wanted to push myself until the very day I had to go into the studio – and even then I was still writing.”

Harvest Of Gold was recorded in May 2013 at The Shed Studios in Canterbury, VIC, with producer John Castle (The Bamboos, Vance Joy, Washington). Helen – who switched her psychology/sociology studies at university to a Bachelor of Music (Composition) – wanted to capture her brand new songs in their full technicolour. “I love cinematic stuff,” she says. “My heart is in that style. I didn’t want to lose that.” Castle had recorded two tracks on Intentional Living. “We just gelled. I didn’t want to put any expectations or lock myself into something by saying, ‘This is the kind of album I want to make,’ and he got that. John was a big fan of using my demos too, plus he works really quickly.”

A Juno synth set-up and Farfisa organ is all over songs like “Never Expire”, with its delectable, thrashing stabs. “Because I’ve come from a folky, acoustic background, the electronic aspect and new touches are what got me really excited. This feels like a new direction for me.” Glittery title track “Harvest Of Gold” – “It’s temporary love for you and me” – is a co-write with UK artist T Jay, Helen directing the metaphor of a field of love. On her demo for anxiety ballad “Pulse”, Helen fleshed out clarinet and Godfather-style string melodies; Castle helped realise her vision alongside composer/trumpet player Ross Irwin.

Front and centre across the LP is Gossling’s magical voice – used to devastating effect on the heart-wrenching “Vanish”. Written in response to the death of Jill Meagher, Helen’s vocals were recorded at home, the intimate take capturing the effect the tragedy had on the singer. “I was angry for a long time,” says Helen, of lines like, “Should we see what he wrote on her face?”. “The security footage... I was affected by the fact that we saw some of her last moments. It was good it was put out there, but it also felt wrong, intrusive.”

Much more upbeat is vivid opener “Big Love”, with its joyous pop chorus, its lyrics spilling out in one hit from start to finish – “Probably my favourite song on the album,” Helen admits. The lazy lounge romance of Lee and Nancy-style “Songs Of Summer” is a co-write with Steve Parkin, and features Sparkadia’s Alex Burnett. Disco makes an appearance on “Challenge’, the first song written for the LP, while the baseline swagger of “Accolade” was crafted with the help of Alexander Gow, who Helen teamed up with during a stint at a writers’ retreat in Byron Bay.

“It’s something that’s really fun to me: composing all the instruments and fleshing out the parts,” says Helen of this record’s creation. “This record, I’m incredibly proud of it. I pinch myself regularly, realising it’s done, and wondering how the hell did I pull it off?”

Heartfelt, diverse, and seriously enchanting, Gossling’s debut album is the sound of an artist fully coming into her own. Easily one of 2013’s finest releases, Harvest Of Gold leaves an impact all its own.

Harvest Of Gold is released (Australia/New Zealand) on November 1, 2013 via Dew Process.