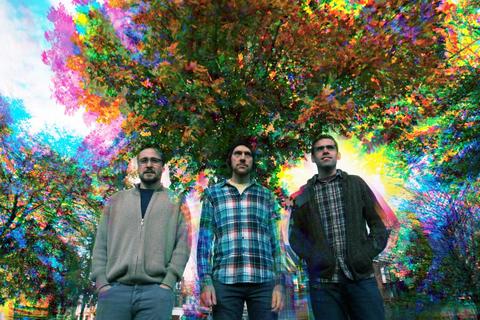 LONG BIO: (see shorter one below)

In recent years songwriters have experimented more widely than ever with beats and bass, but only a few have succeeded in producing results worthy of mention. The underlying problem is that club music, when it comes to the punch, to put it crudely, needs to function on the dance floor. This can make life pretty difficult for the classic songwriter, and the resulting music can often sound a little over-thought and self-conscious. On the other hand, a functional fixation on dance floor compatibility can take over, and what is designed to work in the club can often, in album format, fall a little flat.

Thus, one continues to put together brilliant, functional tracks and the other remains firmly in the domain of the song writing. Those artists who manage successfully to straddle both worlds can be counted on the fingers of one hand.
Canadian musician and producer Brad Weber, with his project Pick A Piper, joins the ranks of this charmed few. Pick A Piper was conceived in 2008 along with band mates Angus Fraser and Dan Roberts, and following two EPs, the band released their debut self-titled debut album on April 2nd, 2013.

The album is made up of eight very different songs, all with one thing in common: each is built upon the foundation of its own ingenious rhythm structure, with musical layers meticulously applied, up until the vocals, which are added right at the very end, if at all. Song writing done back-to-front, which is also fitting in this case because: Brad Weber? Isn’t that...? Yes indeed! Brad is also the drummer for Caribou.

To give the whole the perfect finish and to avoid falling into the "functionality trap" (it exists!), Brad enlisted many of his friends as guest singers on these recordings. Amongst others, he asked Andy Lloyd of Born Ruffians, as well as members of the Ruby Suns and John Schmersal of Enon, Brainiac and Caribou. Brad sent them demos, allowing space for a very important and often underestimated element of the musical process, without which it would be about as exciting as a bank statement: chance. He couldn’t be sure exactly what the respective collaborators would contribute to the corresponding ideas, but that was the concept, and thus the resulting album sounds even less like a classic producer album, and more like a soundtrack to a movie - different topics but a common thread. A record that could not please us more, full of complexly layered yet catchy songs that display a very keen sense of rhythm, song writing and musical finesse. Attention to detail, but with the bigger picture in mind.