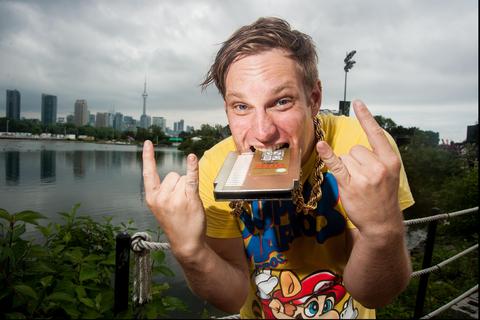 MC Lars has been touring internationally for the past ten plus years, getting his start as an undergraduate while studying at Stanford's Oxford program in 2003. Alongside MC Frontalot and mc chris, MC Lars is considered one of the three main "nerdcore" pioneers, with a DIY sound reminiscent of the Beastie Boys and Atom & His Package. Lars's newest release, "the Edgar Allan Poe EP", features a single ("Flow Like Poe") that debuted with a live performance at Carnegie Hall for the Scholastic Art and Writing Awards, which was followed by another full summer on the Vans Warped Tour. Call it indie rap, lit-up or post-punk laptop rap - each genre label equally and accurately describes the multi-faceted joyful musical world of MC Lars.