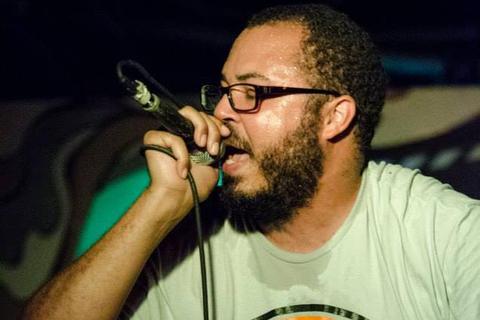 Tribe One is a rapper from Atlanta, Georgia who writes smart, personal and emotional songs about things like comic books and video games. He’s a bit of a nerd and he knows it. Revels in it, in fact. Having worked as a public librarian for eight years before making the jump to rapping full time, he is acutely aware that he is on something of a non-traditional path to rap stardom. But it’s exactly this nonchalance when it comes to fitting into the hip hop mainstream that allows Tribe One to be the engaging performer that he is. Able to switch from lightning fast speed raps to heartstring tugging storytelling at the drop of a hat, Tribe One has devastated audiences all over the country on tours with mc chris, MC Lars, Ceschi, Louis Logic, Adam WarRock and Mega Ran among others.

Tribe One has released three albums with his group, long time Atlanta indie hip hop staple, The Remnant (2005’s “After School Special”, 2009’s “PB&J” and 2013’s “Indian Summer”), two solo EPs (2012’s “anamanaGANGSTA,” which he also produced, and “Dirty South Swamp Thing”) and will be releasing his first unassisted lyrical effort in partnership with indie pop superproducer Rocky O’reilly (formerly of the band Oppenheimer) with their eponymous album “Malibu Shark Attack” slated for release in early 2014 through No Dancing Records.