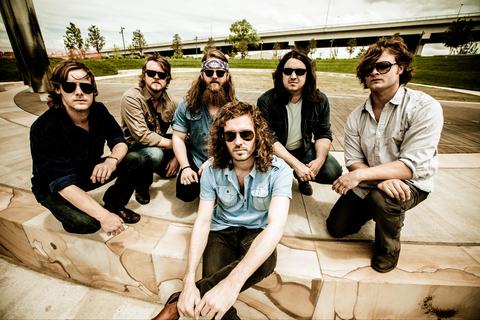 With a swagger reminiscent of the Black Crowes and a tight musicianship that will have you drawing comparisons to everyone from Led Zeppelin to the Allman Brothers, Nashville-based rock band THE VEGABONDS are just getting started. A mix of different musical interests ranging from Pink Floyd to Kings of Leon laid the groundwork for the band’s debut album, Dear Revolution, and its follow-up, Southern Sons.

Both full-length albums received critical acclaim, and after multiple songs splashed onto independent music charts (“Shaky Hands” climbed all the way to the top spot on the IAIRA indie music chart), the band promptly took their songs on the road.

The band’s most recent release, an EP titled RCA Studio B, is available now on iTunes.

As one of the hardest-working bands in the southeast, THE VEGABONDS have won over thousands of fans by maintaining an exhaustive touring schedule. Hundreds of shows and two European tours later, the band finds itself on the brink of a global takeover. The band’s high-energy, guitar-driven brand of rootsy rock & roll has made them a favorite across the globe, and the next year promises to be a breakout one for the band on a national stage.