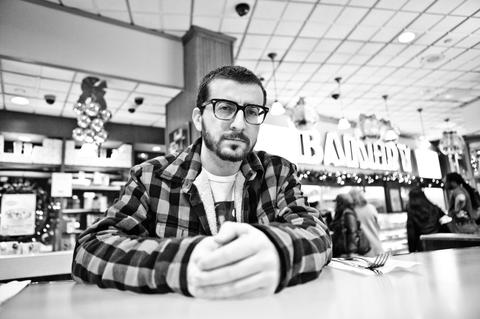 With hip-hop being a culture predicated on keeping it “real,” few artists have a reality as compelling and unique as Soul Khan’s. Born in Los Angeles, but currently residing in Brooklyn, Khan’s meteoric rise over the past four years has transcended being a viral sensation into one of the most buzzed about indie-rap superstars today. In an industry obsessed with catering to every short-lived trend, Khan has stayed true to himself and amassed an impressively loyal following in the process. His supporters, better known as “The Khangregation,” have helped him rack up over nine million views on YouTube. And they keep coming back because Khan’s got Soul.

Soul Khan’s never compromised his character into a caricature, allowing for a genuine perspective as multidimensional as his listeners’. Whether he’s taking his audience on a journey of emoting empathy from the struggles he’s witnessed, has them laughing along with his razor-sharp punchlines, or leading them in salute to his personal heroes (including the late Minnesota Senator Paul Wellstone, the subject of his recent Wellstone EP.), Khan plays many hands with the execution of an expert. This is why he’s also in such high demand for collaborating with such artists as Homeboy Sandman, Sene, and Marco Polo.

Soul Khan’s received his fair share of press. MTV, BET, Complex, and URB have all prominently featured his project, often citing his unparalleled work ethic and strong consistency, thanks in part to being a member of New York underground sensations Brown Bag All Stars. With projects that stay true to his pedigree and always deliver on his promises, Khan’s made believers out of such hip-hop icons as DJ Premier, Large Professor and Scarface.

In a genre of uncertainty at a time when music’s never been more disposable, reliable artists are few and far between. When you consider he’s as prolific and he is a perfectionist, it’s clear that if hip-hop has at least one surefire constant. His name is Soul Khan.