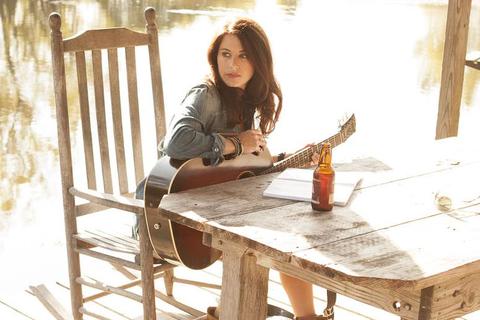 Alyssa Graham is taking a trip down the river road, part conceptual and part reality—it’s a journey into the heart of America. Last fall she and her musical/spiritual accomplice Doug Graham drove down the middle of the country via the Great River Road, a collection of high and byways that follow the undulating Mississippi River, playing shows along the way, ending up on houseboat in rural Louisiana where they continued to play and write new material.
This was much more than just a road trip, and its purpose more than just getting from point A to B. For the last six months Alyssa and Doug have been delving into the musical heart of these United States, a heart that pumped inspiration into Linda Ronstadt, Neil Young, The Band, Gram Parsons, Emmylou Harris, Robert Johnson, and Woody Guthrie, and which has stirred passion, musical and otherwise, in the hearts of the Grahams. Like Huck and Jim, they lit out for new territory, following their musical roots and finding freedom at the same time.
Armed with a newly minted collection of songs that draw inspiration from kings and queens of American folk music, the Grahams have recently decamped to Nashville, Grammy winning producer Malcolm Burn in tow, to record what we are expecting will be a monumental new album. You’ll be able to hear tastes of the new tracks here soon, along with new video footage and photos, up until the album release this summer. The countdown has begun.