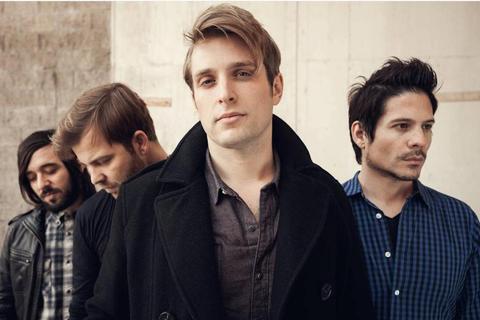 “Calling Birds is meant to reference the one sound in the night that reminds you the sun's coming up. Like maybe the songs point out something making life a little easier, and, that in more ways than not, we aren't facing it alone,” main songwriter, lead singer, Steven McMorran explains. Satellite was formed in 2010 around songs written by McMorran and the production aesthetic of esteemed songwriter Mitch Allan with input from band mate Josh Dunahoo. Through crafting and recording Calling Birds, the trio deepened its intuitive creative interplay and honed its lushly introspective aesthetic. “I remember Josh and I nodding to each other when we first heard the chorus to ‘Say The Words’ with drums,” McMorran recalls. “That was first time we'd heard the idea of a band in our music.”

Reflecting back on crafting the sincere and transformative pop rock on Calling Birds, McMorran says: “We put ourselves through hell to make something we'd be proud of. Ultimately, we were searching for something that makes us feel honest when we play it and feels good to hear.”

"There is no substitute for honesty in music. Every once in a while a song speaks to you; reminds you of how you really feel. We truly hope SATELLITE becomes a voice for the joy, heartache, beauty and truth of life." -Steven