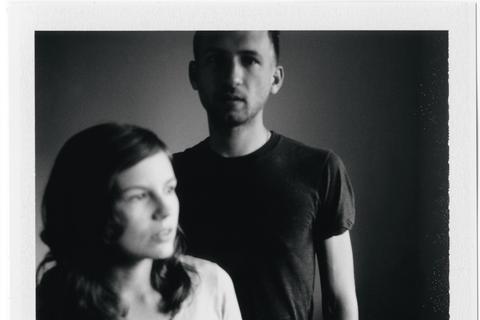 Listen to The Beauty Surrounds

Originally from Chicago, Houses is Dexter Tortoriello and Megan Messina. They formed in 2010 after a 3 month stint in Papaikou Hawaii living off the land . With no modern conveniences the couple worked for meals during the day cultivating indigenous microorganisms and learning the basics of sustainable living. They drank, showered and cooked with rain water applying the basics of grassroots, cultivated reality known to few. This was the inspiration behind their first album All Night put out on Lesfe Records. In the time since the couple have moved to Los Angeles, signed to Downtown Records (Major Lazer, White Denim, Cold War Kids, Miike Snow, Santigold) and written their sophomore album A Quiet Darkness with an equally if not more beautiful process. Recorded over the course of 2012 splitting time between their new home and Sonic Ranch, A Quiet Darkness's narrative tells the story of a husband and wife separated in the midst of a nuclear disaster and their attempt to reunite with one another along the Highway 10 in California before their inevitable deaths, each song taking place in different abandoned houses along the way. Tortoriello and Messina made the same trek a couple of times themselves to record sound and video at these abandoned houses that are featured in the album. The album's celestial ambiance and wanderlust concepts are conveyed throughout the recording with techniques employed by Tortoriello's production and the stark contrast between the minimal electronic pulses, found sounds and meandering and melancholy harmonies. The ethereal sound on which Houses was built is woven through A Quiet Darkness, the 2013 release shows a deep and pensive side to a band who clearly encompass a darker side of bliss; a bold new bravado that will resonate with anyone who has ever experienced love and loss.