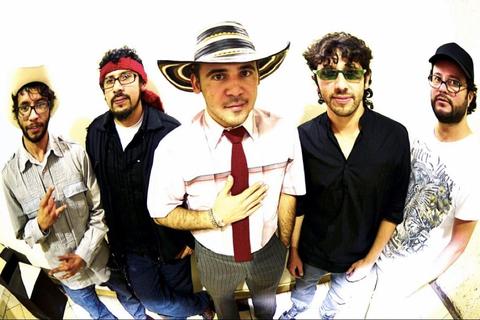 Sonido San Francisco’s the sound of a small latin town invading the big city, guacharaca and güiro sharing frequencies with the synthesizer, the electricity of a bass following the precise tempo of a computer, tropical rythms collaborating with the tendencies of the digital world, electronic music surrendering to the organic musical tradition of Latin America.

Based in Xonacatlan, Mexico, with mexican and colombian roots and after nearly eight years of working as a laptop and dj project, searching for a sound identity between original production and remix, SSF evolves into a band, giving birth to synthcumbia in which they combine the subtleness of cumbia and colombian folk, and the power and kitschness in mexican cumbia and urban electronic music. The band takes it’s name from the saint that accompanies the small decadent town between Mexico City and Toluca, San Francisco de Asís, Xonacatlán, where the band’s headquarters is located and where part of the inspiration is taken from.