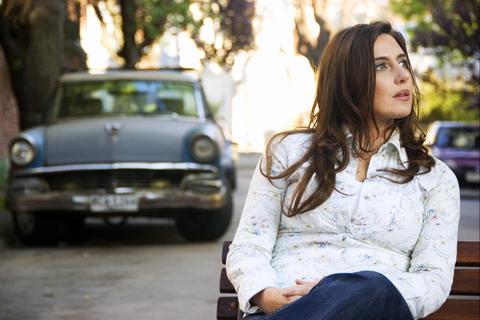 Singer and songwriter
With a repertory which includes tangos, waltzes, milongas, milongones and song writing, an extensive local and international professional background, a personal performing style, and great stage bearing, Malena Muyala has been considered by the specialized press as the current referent of her genre.
Multi-awarded artist, all her recordings ("Temas Pendientes" 1998 / 2011, "Puro Verso" 2000, and "Viajera" 2007) have been honoured with the "Gold and Platinum Record Award" for the sales volume and her first DVD ("Malena Muyala en el Solis " 2009), recorded live in Uruguay´s main theatre, was also granted the "Graffiti Award" (Uruguayan music award) for the best tango Album thus becoming the first performer of the genre to receive such honour.
Malena Muyala has officially represented both her country and Argentina when tango was designated as Intangible Cultural and Human Heritage. Some of her activities have been of U.N. and UNESCO Interest. She has participated in numerous international festivals as well as performances abroad (Greece, Spain, Panamá, Venezuela, Argentina, Cuba, and others) taking one of the typical styles of local music worldwide.
In June 2009, Mr Ricardo Ehrlich_Montevideo´s Mayor together with Montevideo Local Council appointed her "Outstanding Citizen of Montevideo.
In May 2012 she received the award “Best international record” with Calle 13 (Puerto Rico) and Yamandú Costa (Brasil) in Festival Cubadisco 2012.