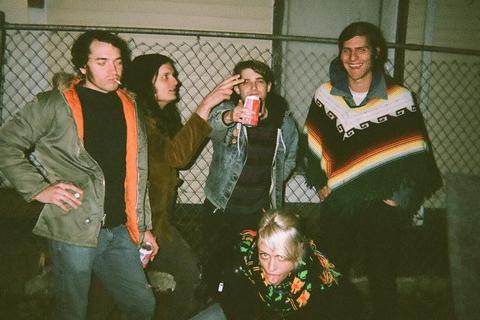 Listen to Another Dream

From the damp and misty woods of New Hampshire emerges the second full length from psychedelic jam warriors MMOSS. The minute we heard the band's 2011 debut on Burger Records they immediately rocketed to the front of our release "wish list". Recorded by the band themselves at home "Only Children" is everything we could have hoped for. The songs swirl and shimmer as the vocals waver and glide together like the trippiest acid test light show. 'Only Children' is a decidedly heavier trip than the debut album paring down the sheer number of tracks in favor of expanded blasts of musical mayhem. 'War Sux' has the motoric kraut of modern acts like Cave while 'Marty Hills' lays down the drone and hand drum a'la Swedish hippies 'Parson Sound'. That being said, MMOSS hasn't lost their pop sensibility - 'Another Day' and 'Another Dream' take you (literally) from mono to stereo with cascading vocal harmonies so sweet, you won't even notice that the hooks have already sunken in. Their vocal interplay affirms an affection for the group vocal stylings of 60's west coast acts like The Rose Garden, Comfortable Chair & The Peanut Butter Conspiracy, taking their melancholic & bittersweet recollections and bringing them to a plugged-in generation. MMOSS is the sound of hippies that took the brown acid and liked it. Live free or die. The vinyl edition of "Only Children" is pressed on 150gram, randomly mixed vinyl & includes an 18 x 24 poster, & download code.