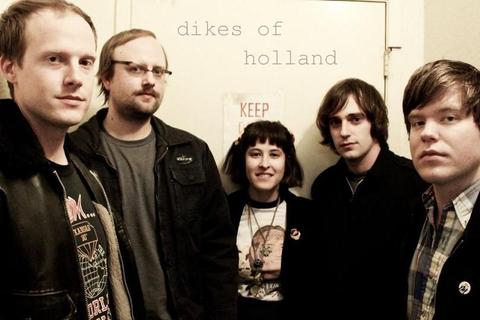 Dikes of Holland is a 5-piece garage punk band from Austin, Tx. Our latest record "Braindead USA" was released in late 2012 on Screamers Records (Paris France). Now if you don't mind my cat Ignatius would like to say a little something about the band Dikes of Holland...