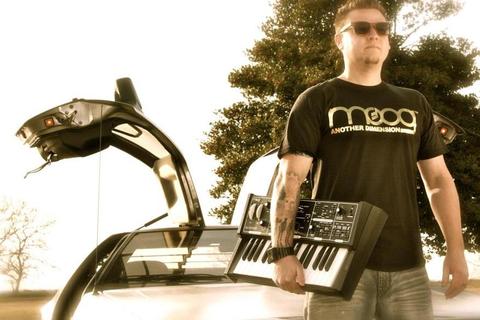 TEEEL’s critically-acclaimed debut album, “Amulet” (Moodgadget Records, 2011) has generated quite the buzz in the blog world as well as being featured on KEXP radio, ISO50.com, Boomkat, and more. With a slew of remixes and and singles his sophomore album “University Heights” was later self-released on Synth Records in 2012. His continued success has lead to playing more live shows and recently working with a band to elevate his live performances.

Although Teeel is a fairly new project, Jim Smith is no rookie to the music industry. Running his own record label, performing in multiple bands and professionally DJing hundreds of parties since the mid 90s, he’s been very busy. Taking the stage as TEEEL with an arsenal of synthesizers, controllers, guitars and effects, his captivating and powerful performances have grabbed interest across the world. With the addition of guitarist Stephen Chladnicek for SXSW, and recent appearances across the US, TEEEL continues to capture the crowd’s imagination and push forward into the future.