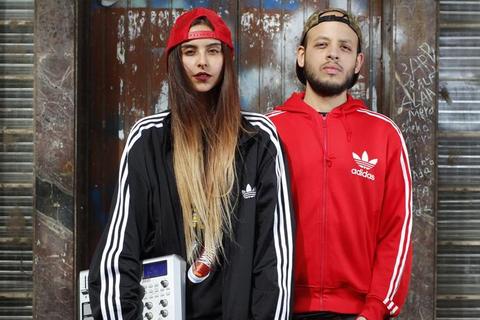 Listen to The Imitation Of (12)

Quit Together is more or less the documentation of the duo's primary reactions to each other's sounds. Between the two of them, influences range from early-mid 90s Hip-Hop and Trip Hop, DJ Screw, Joy Division, Nina Simone, Synthpop, Electro, EDM, Britney Spears, Nine Inch Nails, TLC, Aphex Twin, Madonna, The Cardigans, The LA Beat Scene, Otis Redding and James Holden. This diversity, though, acted only as a catalyst for this remarkable union; it was mainly their influences on each other (as people first, then artists next) that made Quit Together sound the way it does.

Quit Together is merely a starting point for this displaced twosome; a glance into the different soundscapes they are about to explore, blend and recreate together.