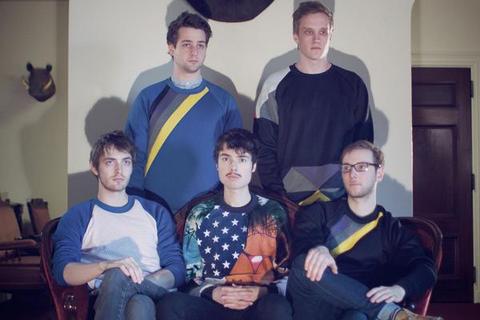 Joywave is a Rochester, NY indie pop band. The band released its first track “Golden State” on January 4th, 2011 via its website, and followed up with their 77777 Mixtape in March 2011. The collection is a complex arrangement of original works, covers, and sample based songs featuring various stems combined with Daniel Armbruster’s vocals.

In August 2011, Joywave released a limited edition, double a-side 7” vinyl through blog-turned label Tympanogram, featuring “Traveling At The Speed Of Light” from their 77777 Mixtape alongside “Ridge”.

Joywave released its debut EP, Koda Vista on March 27th, 2012. The 7 song release deals with the influence of environmental factors on personal experience, painting a picture of predestination born long before each of the band members.

On January 2, 2013, the band released its first ever concert film, “Joywave // Live at the Planetarium”, filmed at a a sold out EP release show at the Strasenburgh Planetarium (Rochester), marking its first musical performance in over 20 years. The band gears up for its first ever appearances at SXSW 2013.